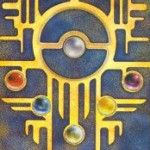 Is this a Let’s Play or a blog?

I toyed with not writing an intro because when I write them they inevitably end up being a wafflefest, heading off on ridiculous but tenuously linked tangents that make you wonder why you are reading this in the first place. I will aim to keep it short and sweet, like a Togepi. [Ed – wrong generation, there…[Ed Ed – Always wanted to do this since I read the Beano but never had a chance]].

My name is Matt, I’m 27, I’m from a place called Ilkeston, near Nottingham, and I am a self-confessed geek/nerd/dweeb/dork. You could say I’m a hipstergeek because I was a geek before it became cool to be geeky. Growing up I wasn’t always the most sociable and I didnt always have lots of friends around me [Ed – looks like you will be getting a bit of blog in here then.]. I did my homework all the time. I read lots. I used to roleplay online as a made up wrestler where the best writer won the match. Geek.

Part of that was Pokemon. I was right in the thick of it from day one the first time round and always have been. I collected the cards, hooked from my second pack when I got a shiny Mewtwo, and even more hooked on my seventh pack when I got Shiny Charizard (the amount of trades I turned down on that is ridiculous). I also watched the anime – Saturday mornings on SM:TV became a ritual (“Pikachu! Pikachu P-p-pikachu! SMTV will make you Poke-tough, 9:25 every Saturday, don’t be a Jigglypuff. Ah yeeeeeah!”) and of course I played the handheld games.

I played them every evening after school. I plugged in my light/magnifier combo under my quilt to play them until the early hours of the morning and I even played them constantly on holidays abroad with my family – I once spent a whole day grinding Safari Zone to get the best ‘Mons).

I’ve experienced the highs (beating Elite 4 and catching all the legendaries) and I’ve experienced the heartbreaking lows (my brother’s save being overwritten by a keen cousin who thought ‘New Game’ wouldn’t delete the old one) and everything inbetween and this challenge has come at the right time for me.

I’ve been following Pokemon ever since, but lately the news of Gen 7 and Sun and Moon have been grabbing my eye. I’d decided to replay one of the older games again as a build up to the winter release anyway, and then I saw the Facebook post advertising this challenge. There are just two things wrong about this:

Aside from that I’m ready to go. I don’t have a set game plan, and I won’t be giving my Pokemon silly names, and as a dad I will probably make plenty of jokes that I think are hilarious but really aren’t, but this is a great time to be alive. In years to come when Gen 13 introduces the 1500th Pokemon, and my son picks up his Nintendo 3D VR Holoboy 3 to play Pokemon Wind and Rain (or whatever they get to by that point) I will say: “Hey son, did I ever tell you about the time I wrote a blog for the infamous Pickymon challenge?” and he’ll reply “Yes Dad, every month, now shut up I need to get this Helicofagus (Ghost/Steel type Helicopter Pokemon) to level 80 before I get to Victory Road”, and then I’ll pour myself a glass of Jack Daniels and wonder where the good times went. 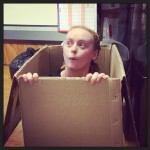 Hello! …Is this thing on? *Taps keyboig;h.lgufsejyveg;m;lnl*

So, I guess, things you should know about me other than the above listed are:

1) I’m Team Instinct on Pokemon Go. You heard.
2) I started with Red, ended with Silver. Dabbled a little with my boyfriend’s Yellow (behave).
3) My Word Of The Year 2015 was “Butts”, on account of it being concisely hilarious. Which should give you a good idea of my immature journey in the world of Pickymon.

My memories of Pokemon are fond, albeit sketchy. I can’t tell you what Grass types are weak against or what number town Lavender Town is, but I can tell you that I would cuddle the c**p out of Eevee if given the chance.

That said, I am super excited that Pickymon chose Red for this adventure into mass-nerdery. Because even though I remember zilch about playing Red… f**k blue. RED TIL I DIE!* On principle, of course, for my 8 year old self.

*…Is this what being a sports fan is like? 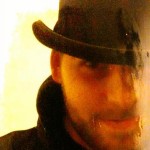 “Pardon me, are you Aaron Burr, sir?”

We’ve been asked to introduce ourselves, us nerdy poke-gamers, and maybe even talk about our angle of the game. I mean you’re a geek signing up to play a very specific game of pokemon, you gotta have an angle, right?

So I’m Steve, I’m a writer and performer based in Birmingham and Leicester. I have played one of each instalment of the game up to Y and have also tried to Nuzlock on each game up to White (because only the cool kids Nuzlock). My favourite pokemon is Gengar (looks like it’s Haunter for this game), favourite starter is Torchic and favourite game would be Ruby/Sapphire.

I have several angles for possibilities but I’m not sure which will be my gameplan until starting and playing through the first gyms. One angle is the legendary game, only catching the legendary birds and finishing with catching Mewtwo. Another angle would be the power-grinder, we all know that the Elite Four are about level 60-65, so grind your team to the point of level 80-90 before attempting the assault. My definite angle I’m going for is the Game Grump angle. I am going to beat the Elite Four with a Beedrill, called Buntd Jr. (You asked for nerds, you get the nerds) and finally the comedic angle. You’re damn wrong if you think I’m gonna be leaving nicknames unmanned and Gary better think again is Oak’s dementia is gonna save him!

Anyway, go check out the other players! They’re pretty cool people, they have friends and everything! 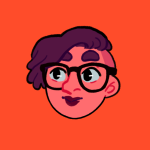 This is the Pokémon challenge for picky people. We have a team of incredibly picky Pokémon players getting ready in the wings to take part in the challenge – won’t you join us? Click here for more information on what this is all about!